A presentation of around fifty of Henri Bouchard's (1875 – 1960) works which emphasise his deep interest in the plan serene decorative art style, in stark contrast to the blunt realism which he favoured during his stay at the Villa Medici from 1902 – 1906. 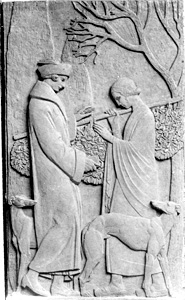 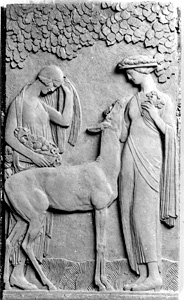 Pierre de Montereau is shown in reduced size, however it is still possible to sense how its monumental format struck the public at the French Artists' Exhibition in 1908, the simple composition with its clear lines emphasising the head where the thoughts of the arts were collected.
Bouchard was worried that this sculpture, “so simple that it appears poor” would not be successful at the Exhibition. Yet it was.

Other examples emphasise the artist's stylistic investigations, unfortunately brought to an abrupt halt by the declaration of war in August 1914.

After his return to civilian life in 1919, Bouchard was very pleased to get back to his studio.